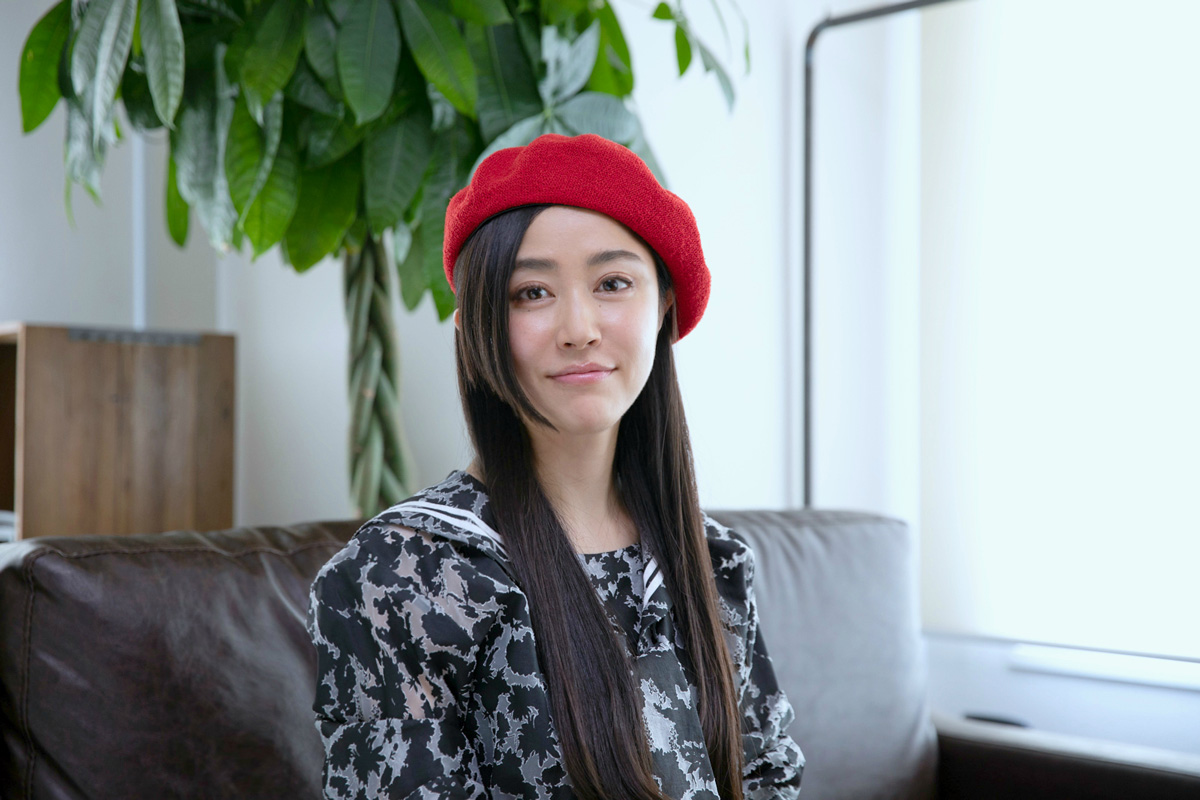 What HOLLYWOOD means to Japan, and the meaning of the Japanese Idol.

Was the title of the anime SHONEN HOLLYWOOD a direct reference to Hollywood in Los Angeles?

Yes. The title came from a quote in the original novel, in which the first director of the group says “Hollywood sounds amazing, doesn’t it?” Just as he says, Japanese people recognize Hollywood as the pinnacle of the entertainment industry.

For Japanese people in the entertainment industry, Hollywood is often seen as a distant dream.

Yes, however I believe that as long as we are alive, not even the most distant dream is impossible. Japanese idols* are responsible for chasing this distant dream, and sometimes it can really be achieved. Therefore being an idol is like being in a dream. The title SHONEN HOLLYWOOD stands for the total realization of all dreams by both fans and idols alike.

*Japanese Idols
An “idol” in Japanese culture typically refers to young, manufactured stars or starlets marketed for their cuteness. Idols may play a wide variety of roles in popular culture, including as pop singers, minor actors, media personalities, variety show panelists, and models in advertisements or magazines.

Entertainers who perform on stages in America are people who have tremendous talent in singing or acting. However, this is not the case with Japanese idols. Idols are not required to have amazing capabilities, and they often show weakness or incompleteness as idols when they debut. It is this incompleteness that makes it so incredibly enjoyable for fans who get to watch them grow and develop. This is a big selling point in Japanese idol culture. This culture is very interesting and unique. 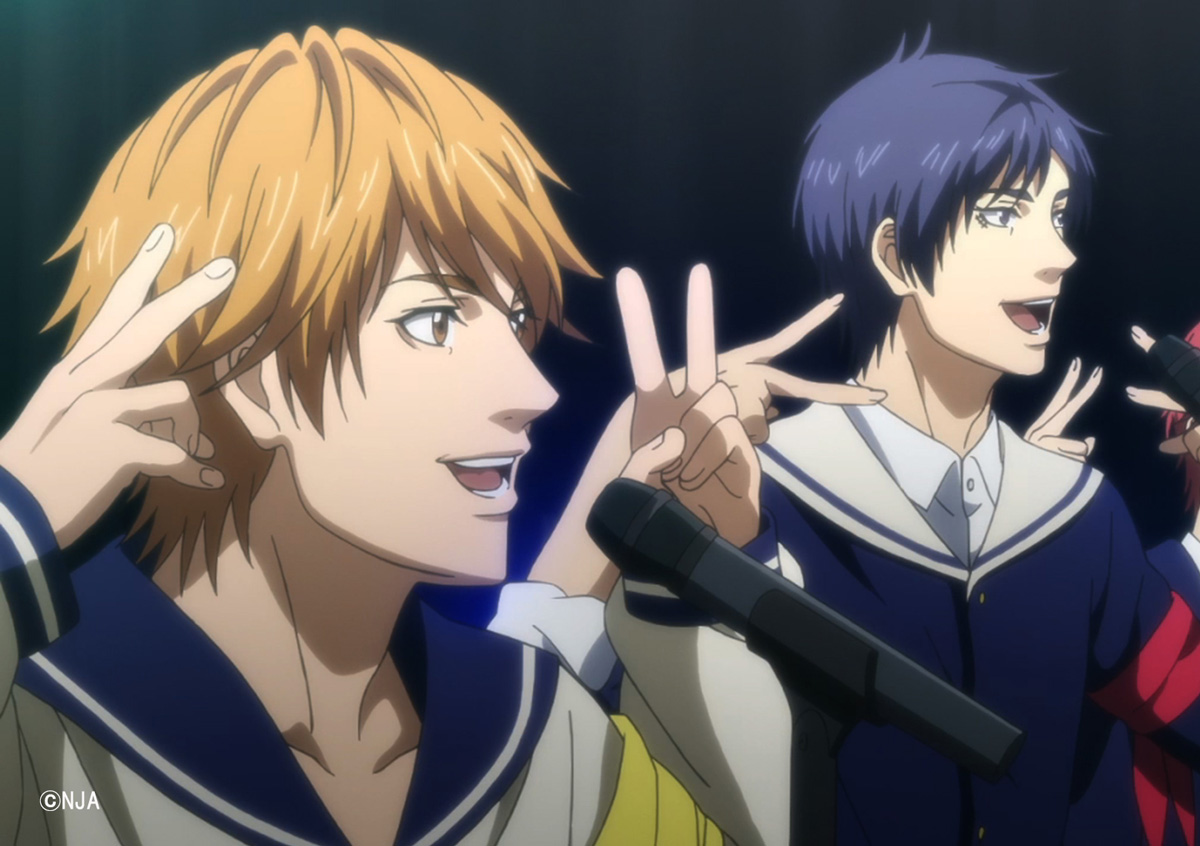 Fans and Japanese idols share the same goal of reaching the top of the industry, and this story is shared among and enjoyed by fans.

Japanese idols create their stories by showing fans parts of their lives as they grow and develop in the industry. As a result, fans become invested in the idol’s success. Therefore when an idol achieves his or her goal, fans feel like they have achieved their goal as well. This is a big difference compared to the entertainment industry in America.

For example, even if Justin Bieber achieves his dreams, it is difficult for fans to feel the same. In the case of Japanese idols, because fans have followed the group all the way from the beginning, fans can feel a sense of fulfillment as if they have achieved their dreams alongside their idol. Japanese idols are the ones who perform on stage, but they are always aware of their fans. Idols often tell their fans about their goals in the industry — things like becoming number one in the rankings, getting an interview with a certain magazine, or performing in TV shows — because they know fans share these goals with them. Japanese idols and fans work together to accomplish their goals.

Sharing the same goals with their fans is usually a great source of motivation for Japanese idols, but sometimes this can also be a source of stress. Japanese idols have the burden of achieving their fans’ dreams, a feeling of “I must become successful for my fans.” Starting from a young age, Japanese idols often have to sacrifice their private lives in order to succeed. This dilemma of sharing happiness and pain is a huge aspect of Japanese idol culture.

SHONEN HOLLYWOOD, a movie created through the support of fans, on the big screen

SHONEN HOLLYWOOD must have a lot of fans — the movie was financed completely through crowdfunding.

That is true. Everything was funded by fans including the 40 minutes of extra footage. I really thought it was a miracle, a miracle created by the fans of SHONEN HOLLYWOOD. As of right now funding has reached 80 million yen, an unbelievable achievement in Japan. This campaign has become a great source of energy and drive for this movie. In order to repay the fans for their support, all the funds we raised were put directly into making the movie. Some fans suggested using some of the funds for promotion, but I really wanted to show them the best possible version of SHONEN HOLLYWOOD I could, meaning promotion was never a priority. I saw putting all my effort into the movie itself as the proper way to show my respect to the fans of “SHONEN HOLLYWOOD.” The end credits of the movie are full of the names of the fans who financed the project, and I really want everyone to see how we can all change the world if we work together.

Why was the movie created using all hand-drawn illustrations instead of CGI animation?

We hired dancers and an idol group called “ZEN THE HOLLYWOOD 80’s” to dance for us in order to rotoscope the movement. After that, sketches were drawn one by one to create the animation. 30,000 separate illustrations were drawn, which required a lot of people to help, as you can see in the movie’s end credits.

Illustrators had to work overnight to complete all those sketches stacked in card boxes. It was hard work both for me and for the staff, as we all had to sacrifice our time to make the animation come alive. I truly believe viewers will be able to feel the enormous energy we put into the movie, largely because of our staff’s sacrifices. I also believe viewers who were not previously aware of SHONEN HOLLYWOOD will be able to enjoy this experience as well.

Yes, I do think so. Fans cried and rejoiced when SHONEN HOLLYWOOD was first screened. SHONEN HOLLYWOOD is really lucky to have such dedicated fans. LA-AFF is a big stage for SHONEN HOLLYWOOD and I believe fans really want to show their support by attending the festival. However, I know it will be difficult for a lot of fans to attend, so I have decided to walk the red carpet with a flag bearing all the fans’ names. Fans are the ones who made this trip happen, and I believe the members of SHONEN HOLLYWOOD would do the same. 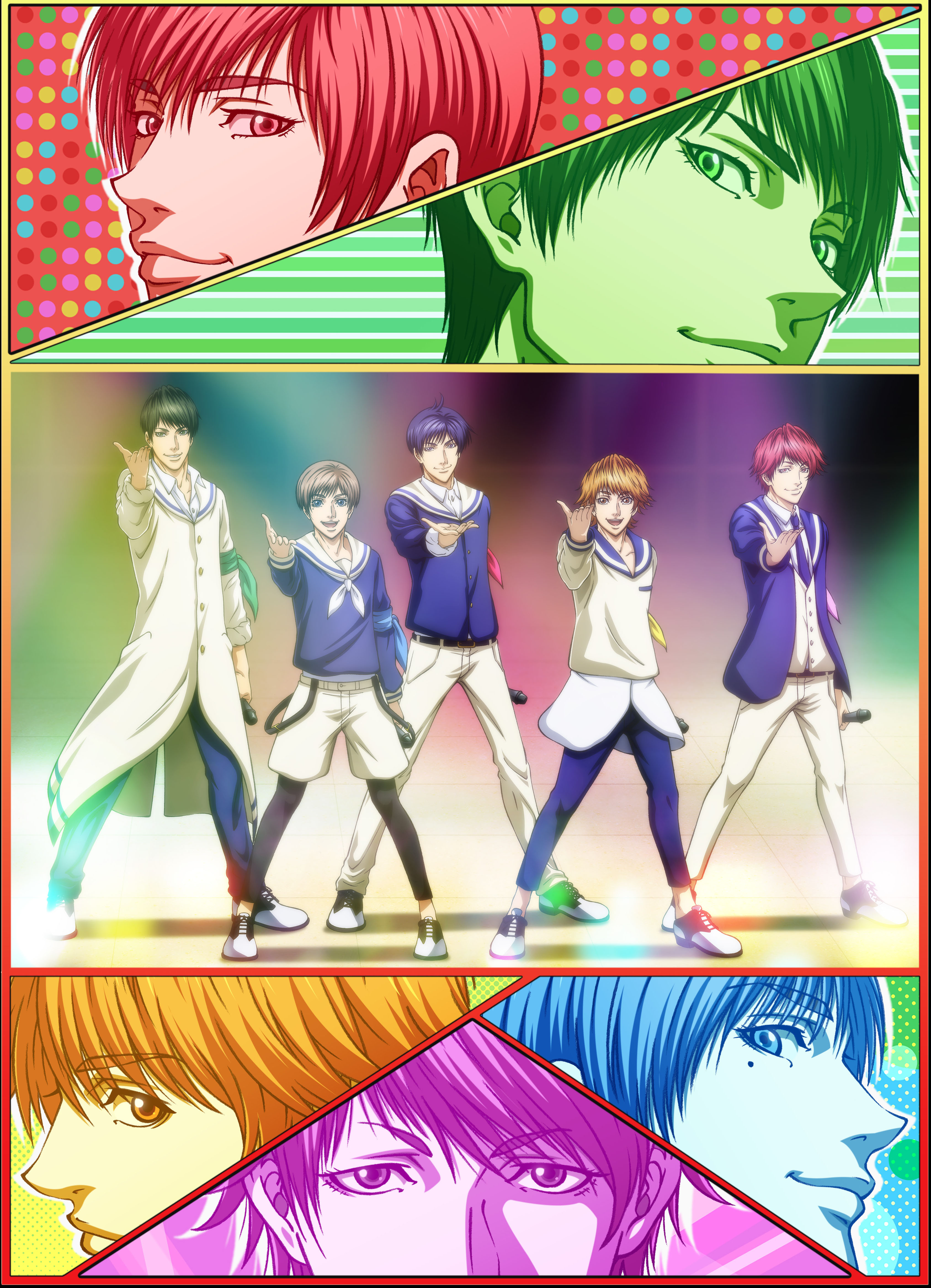 What makes SHONEN HOLLYWOOD special, and what to look forward to.

Please tell me what is so special about “SHONEN HOLLYWOOD.”

I am often told that SHONEN HOLLYWOOD depicts things that normal idol anime does not depict.
I personally have always enjoyed watching documentaries of idols and imagining what their daily lives are like. When I was writing the script and thinking about the characters in the story I felt like I was actually producing the idol group “SHONEN HOLLYWOOD.” I wanted to portray another side of being an idol, depicting them as regular humans who have their own troubles and worries. Of course the focus was on creating a beautiful story, but I also wanted to create a story in which idols might lie, be lazy, or overreact to situations just like normal people do. In SHONEN HOLLYWOOD, viewers can enjoy a psychologically complex story of the members of SHONEN HOLLYWOOD, watching them grow as a Japanese idol unit. In a way, it is almost like watching a documentary. My staff and I often refer to SHONEN HOLLYWOOD as an “activity log” instead of an anime. Members of SHONEN HOLLYWOOD take dance lessons, clean the theater, go about their daily lives with friends and family, and basically just live like normal teenagers. The movie depicts how a bunch of boys facing normal, daily struggles eventually develop into an idol group.

It seems like the first season depicts the growth of the boys and the second season shows their growth as idols.

The first season is mainly about the awareness and the growth of the boys as individuals. The second season is about how their individuality further develops as they turn into idols. By the last episode, after overcoming all their individual struggles, the boys finally get to shine on stage. 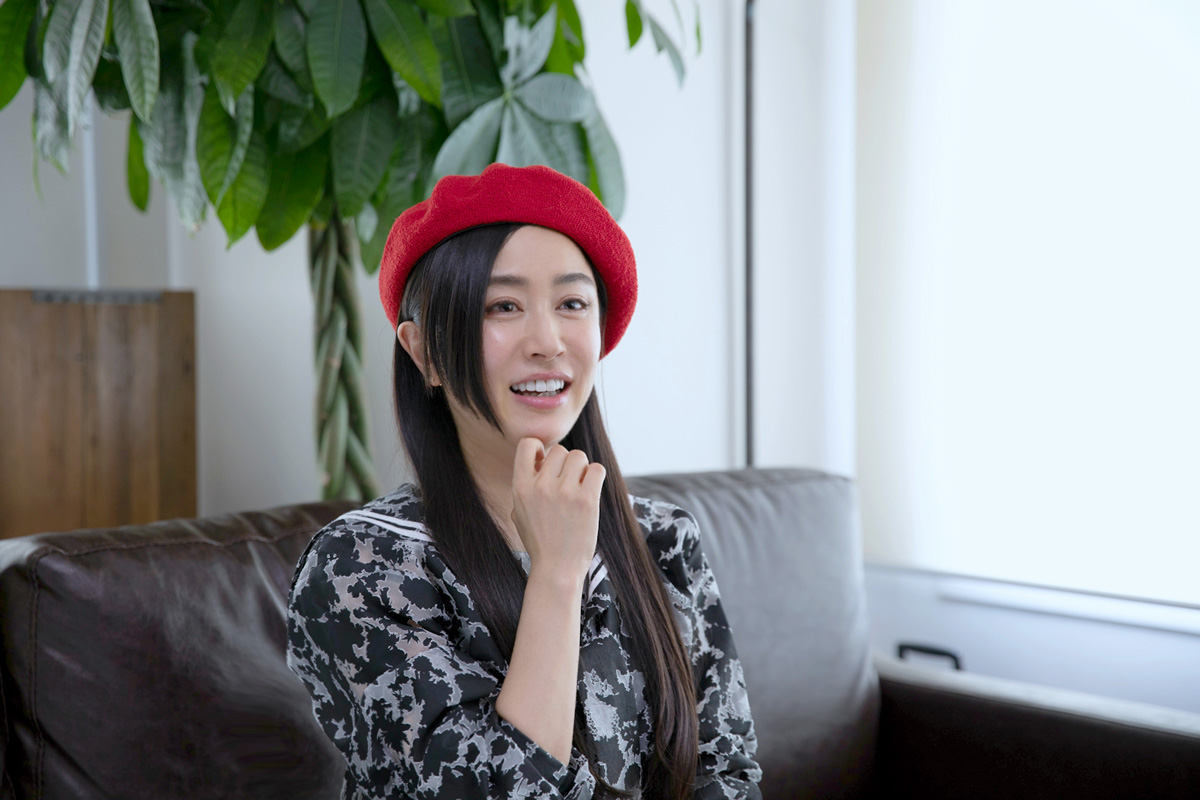 SHONEN HOLLYWOOD behind the scenes

SHONEN HOLLYWOOD was originally inspired by my novel about a female idol, “Harajuku Girl.”
I look young for my age, and when I was 32 years old I was mistaken for a 17-year-old and was scouted on the street to become in idol. I have always wanted to become an idol since childhood and I really wish this had happened earlier in my career. This lead me to write a novel about how a girl covers up her age and becomes an idol. After I got the offer to adopt “Harajuku Girl” for the theater, I thought that it would be interesting to change the gender of the protagonist from female to male. This was the beginning of “SHONEN HOLLYWOOD.”

Wow, I would have never guessed that the beginning of SHONEN HOLLYWOOD was actually an experience that you had!

Message for participants of LA-AFF

A lot of the songs in SHONEN HOLLYWOOD are produced by the famous song writer Mr. Tsuji Hayashi. Although this time we are only showing live performances of SHONEN HOLLYWOOD, I am sure viewers will enjoy the beautiful and catchy tunes from the movie. Even while I was writing the lyrics for all the songs, I knew all the tracks would be amazing. Hopefully viewers will feel the same way!

I highly recommend viewers to watch the first 25 episodes of the series beforehand in order the fully enjoy the live performances of SHONEN HOLLYWOOD at LA-AFF. When the original TV series of SHONEN HOLLYWOOD was first shown on TV, I was told that the anime was beyond its time. Therefore I am sure first-time viewers will be pleasantly surprised as well. Although I really want to explain what I mean by surprise, I think I should let viewers experience it for themselves.

If time is a concern and there are people who cannot watch the series before the movie, it would be great to watch the series after the movie. Then viewers can learn about the beginning of SHONEN HOLLYWOOD. I honestly think that the movie will be able to make more viewers excited about the entire franchise.

SHONEN HOLLYWOOD’s journey started with a word “Hollywood sounds amazing, “ from the director, and now it has arrived in the holy place of entertainment, Los Angeles, for a live performance. Who would ever have thought that this day would come? SHONEN HOLLYWOOD has once again proved to us that nothing is impossible. The movie has surpassed everyone’s expectations, and I truly hope viewers who attend the event will enjoy this special experience, an experience that will forever live in the heart of SHONEN HOLLYWOOD.

Every single member of SHONEN HOLLYWOOD is looking forward to seeing everyone in LA-AFF. 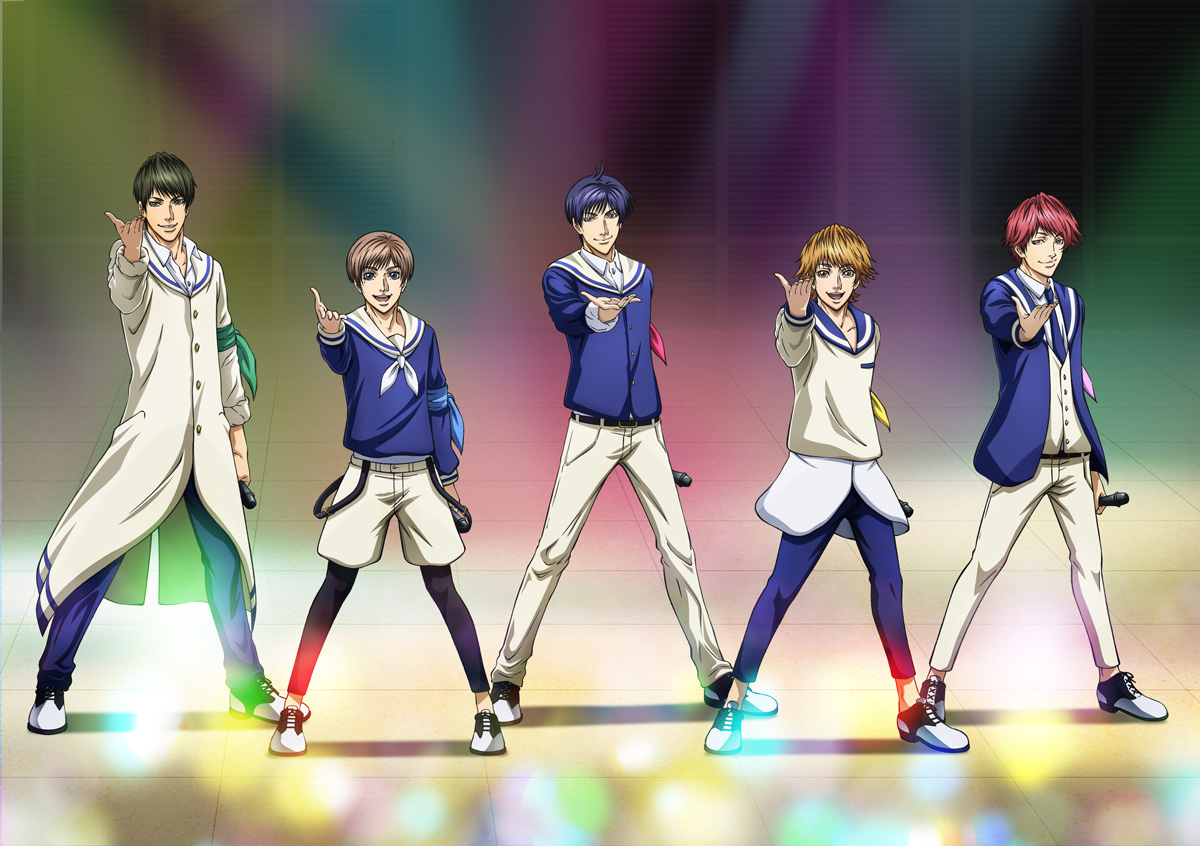 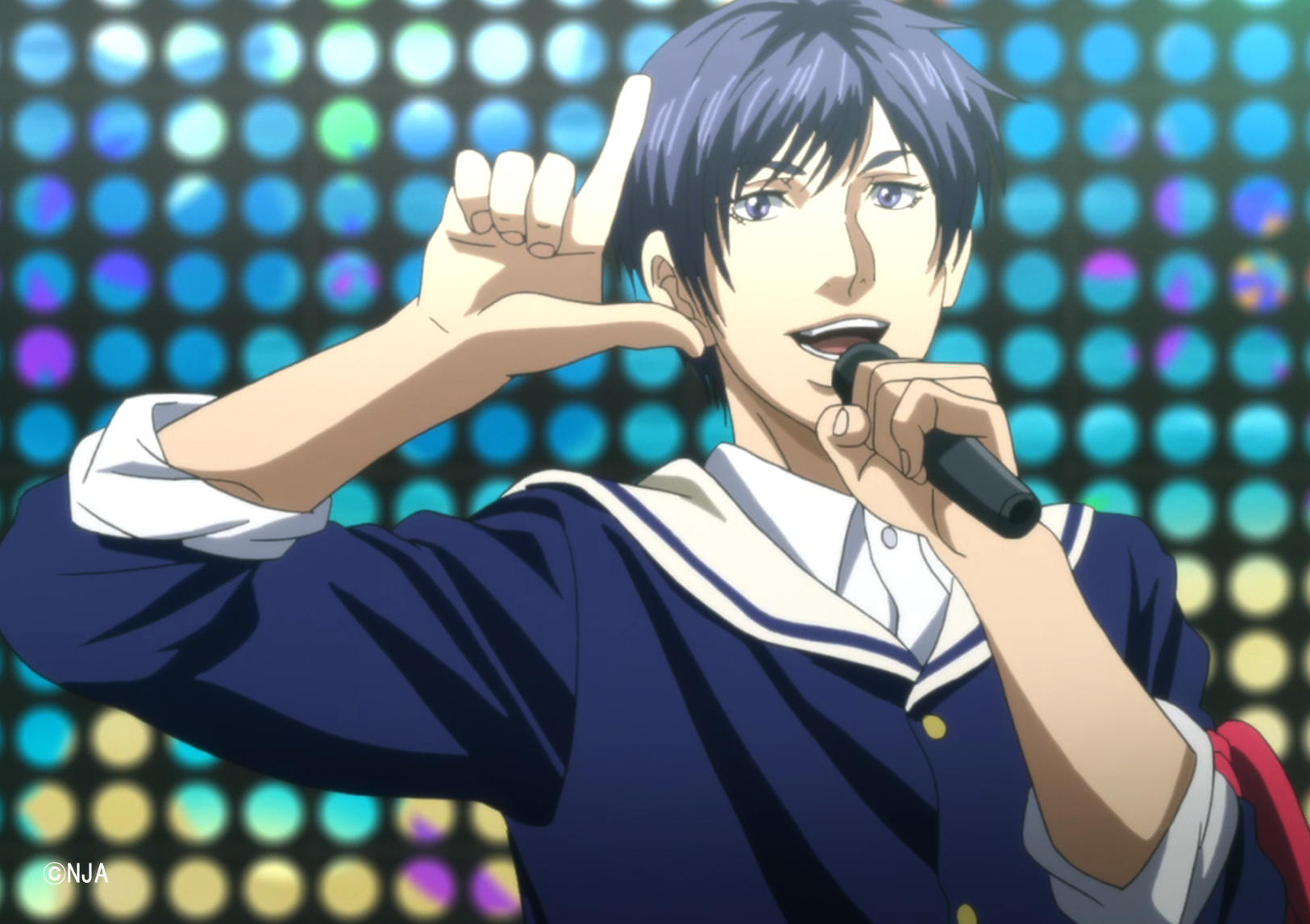 Ikuyo Hashiguchi
Working in different fields as a novelist, entertainment producer, essay writer, script writer, lyricist, director and anime producer(author of the original novel of “SHONEN HOLLYWOOD”, lyricist of the songs in the anime and the producer of the idol unit), Ms. Hashiguci has been inspiring fans of all generations with her ability to write. Ms. Hashiguci is also popular as a TV commentator due to her unique approach to things.
Instagram: https://www.instagram.com/ikutorias_secret/
Twitter: https://twitter.com/hashiguchiikuyo
Amazon: https://www.amazon.co.jp/橋口-いくよ/