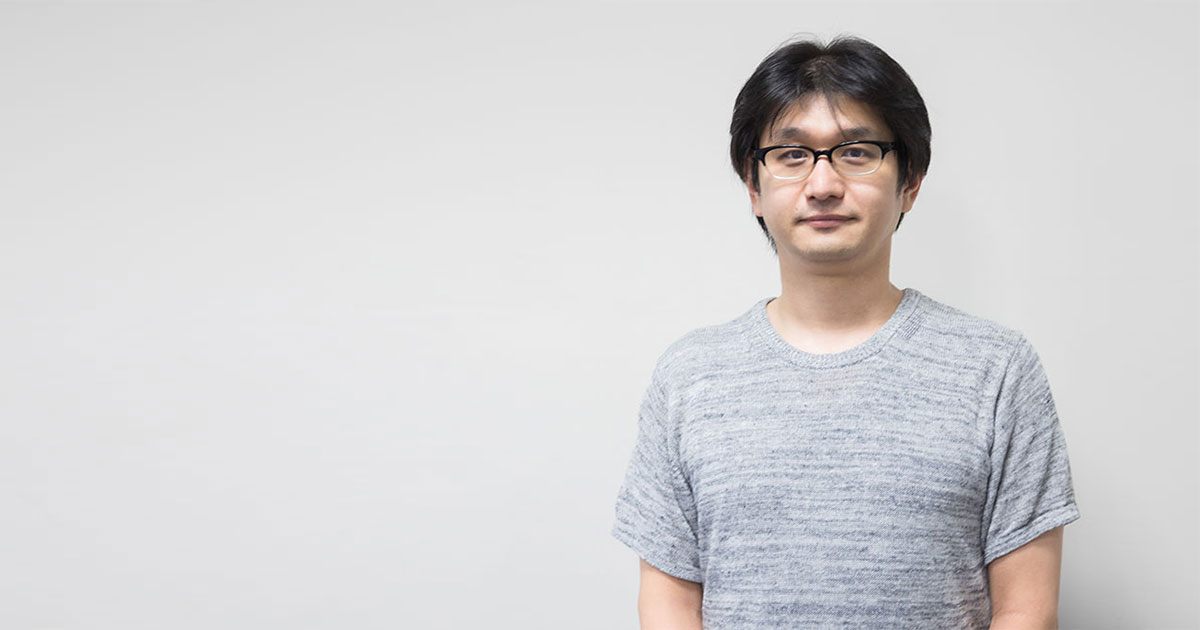 What first got you interested in animation and ultimately into becoming an animator?

The biggest factor is that I liked animation as a child and enjoyed drawing, so naturally I was drawn towards it. I wasn’t great in school either, I spent all my time at home drawing pictures and right when I started really hoping. I could take it somewhere, my parents agreed to send me to animation school. From there, I stayed on that path and became an animator.

I’ve been watching Miyazaki’s stuff for as long as I can remember. Akira is another one I liked as a kid, and there were a bunch of other ones that came out in theaters and on video around that time. I watched a bit of everything, but Miyazaki’s work has always been my favorite.

What was the first Ghibli film you saw?

The first one I saw was on TV, I’m pretty sure it was either My Neighbor Totoro or Nausicaa of the Valley of the Wind.

Are there any animators you’ve worked with so far that you’ve taken influence from?

Toshiyuki Inoue for sure. He helped with the key animation for Miss Hokusai and Pigtails. He’s one of the most talented artists in Japan, so he had a big influence on everything from my work style to actual drawing techniques. A couple others are Takeshi Honda, who I worked with on Denno Coil, and Masashi Ando, who I worked with on Paprika.

What have you learned from working with so many famous directors?

It’s interesting how you’ll start to see slight differences in each person’s style. I’d say (Hayao) Miyazaki and (Satoshi) Kon have fairly similar approaches. They both have a certain style they tend to build their work around. Miyazaki is known for having his actual experiences come out vividly in his work. What’s interesting with that is you have to get absorbed in those experiences as well or you can’t keep up with him. So when you work with Miyazaki, you find yourself getting caught up in his energy and his feelings. With Kon, he takes a slightly more detached, rational approach, creating as he’s describing the animation verbally. They both have that method of building their works out around their core pictorial style, though.
Kenichi Hara didn’t start out as an animator or an illustrator, so I’ve found that he has the most fleshed out storyboard. He isn’t too picky about the key animation, but in the storyboarding phase, he goes into intense detail about the gestural nuances and characters. I consider myself lucky to have had the opportunity to work with a variety of directors and see up close how they approach these ideas and forms of expression.

Are there any notable episodes or fond memories you have of people you worked with?

(Hayao) Miyazaki has an intense, effervescent way of talking, and you find yourself getting excited too. We would just chat for the longest time, as if the people around us weren’t there. It was really fun. (Laughs) It might be because we’re both illustrators, I’m not sure. But Miyazaki is really fun to be around in that you feel like you’re sharing a mutual experience with him. It’s sort of like his own sensibilities drift over and make their way into your mind. I guess that not a notable episode, though! (Laughs) 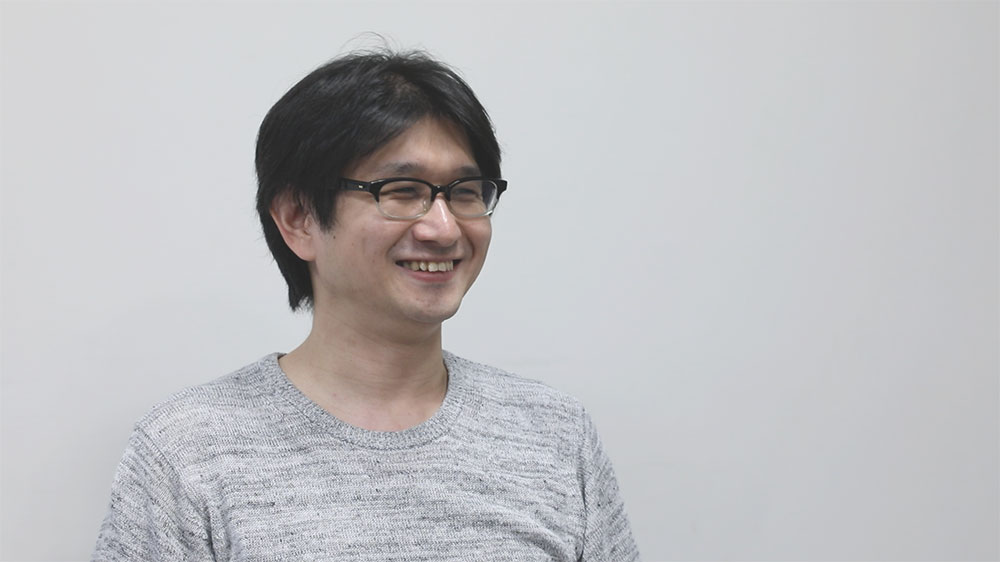 You are currently directing the TV series Welcome to the Ballroom. What are some things you find fulfilling about being a director, and what are some difficulties?

I’ve spent my whole career working on the pictorial side of things, and I thought I had a decent handle on the process as a whole, but when you step into the directorial role, you find yourself having to focus on different things like scenarios and acoustics. I’m not the only one doing the work, so the biggest challenge is conveying the image I have in mind to the team. But this challenge is also enjoyable and I see it as an opportunity to learn.
Welcome to the Ballroom is not about traditional ballroom dancing, but competitive dancing. It’s not exactly something that’s well-known in the world at large, and we weren’t too familiar with it ourselves, so the biggest hurdle was researching the subject and experiencing it for ourselves. I went to actual competitions and took ballroom dancing classes once a week for about six months. I tend to have difficulty drawing something unless I’ve experienced it, and I believe experiencing something before drawing it is essential to the animation process.

You come across as a very kind, easygoing person. Are you more strict at work?

(Laughs) I don’t think I’m the strict type, but I don’t know. You’d have to ask the team.
There are moments where I know that if I got hands-on, we could get more done, but it would be kind of pointless if I took over that work and didn’t do the directorial duties. If it’s absolutely essential, I will get involved, but you generally have different people in charge for different aspects of the production, and those aspects are their responsibility. I consciously try not to push my own approach in those situations. If you do that and your style takes over, then there’s no point having other people there in the first place. My hope is that the best qualities of each person come out in the finished product.

Who are the most notable characters for you in the animations you’ve worked on?

I worked on the character design for Miss Hokusai. While we had the original work by Hinako Sugiura to work off of, (Kenichi) Hara made a point of rewriting certain elements for the anime. This is especially true with Oei (the protagonist). In the original work, the fact that she is not a bombshell beauty is a point of emphasis. But as the protagonist and therefore the center of attention in an animated film, Hara felt that she needed to be rendered more beautifully. I felt the same way, but I also wanted to retain some of the nuances of the original. So we ended up having the character be physically attractive, but keeping her expressions and gestures from being overly cute. 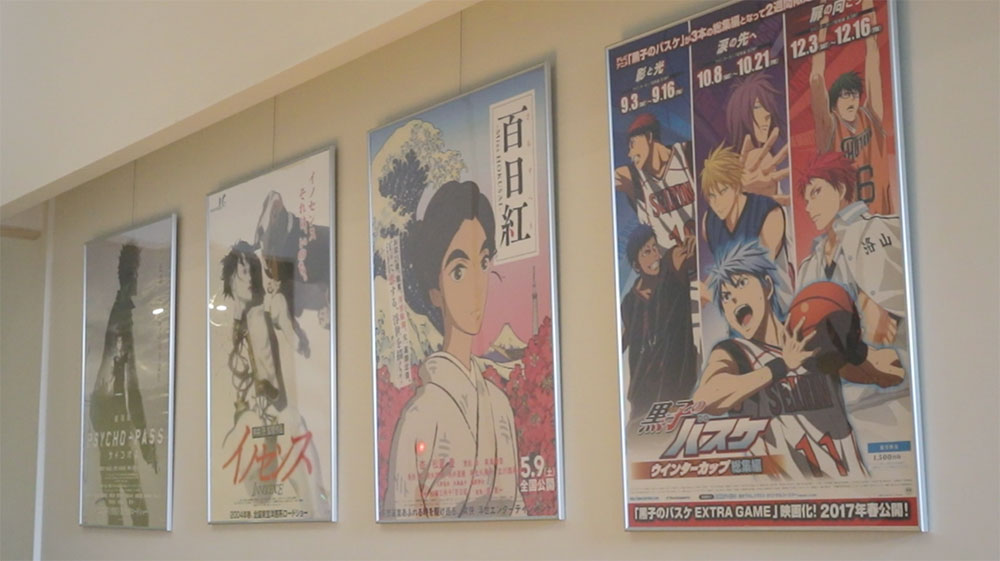 What are some things you emphasize in your animation and rules you follow?

I’m not sure I really have any rules! (Laughs) As an animator, I try to emphasize my own experiences and senses. The idea of being able to take your senses, your experiences, and turning them into moving images is what fascinates me about animation. When I work with people, I like to see their feelings on the work itself reflected in the final animation. My goal is to incorporate the team’s ideas into the film in a tangible way. At the end of the day, people have different opinions of what is aesthetically pleasing. In other words, for me it’s not just about drawing some stylish visuals for the character to appear in front of in the film. You have to draw them so that that character would actually see that scene and find it beautiful; you have to get into their head. I think that’s the main idea I want to emphasize for the team.

2017 is the 100th anniversary of animation emerging in Japan. Have you seen the field of animation change in the 20 years since you started animating?

As far as the general approach goes, yes, and I would say the biggest change is the move to digital. Specialization is also more common today. Well, and there’s also the fact that the animation industry has become more lucrative. So I feel that the amount of work done by any one person has diminished. What I don’t think is so good about this is that because the work is fragmented, there’s a larger burden on those overseeing the entire work. Unless a team progressively adds those capable of doing what they want to see in the final work, their output could lack depth. As things get more compartmentalized, to the extreme, it can mean that one person is exclusively doing one specific thing, meaning you get fewer and fewer animators with a complete vision of how they want the scene to be. This rings true not just for animators, but also in filming, background drawing, etc. It applies to everything. This leads to more responsibility being put on the producer and director in terms of management, but a video work should be about imagination and creativity first. It feels like some of that individuality is less pronounced now that the process is so rationalized.
The quality of the visuals has been gradually increasing, as has the technological capabilities of the field, but it also feels like we’re seeing fewer personal stories, of what the people behind the work thought or felt.

Why should people watch Miss Hokusai?

It’s chock full of the visuals Kenichi Hara is known for, and the quality is at the standard of the original. In terms of being an animation director, the thing about the imagery itself is that it’s set in the Edo period. Japanese people, myself included, don’t really wear kimono today, so I didn’t know what it would have been like. I watched some ukiyo-e and old Japanese movies with people in kimono to get a better idea. It’s a great film in its own respect, but I hope people will look out for those visuals as well. 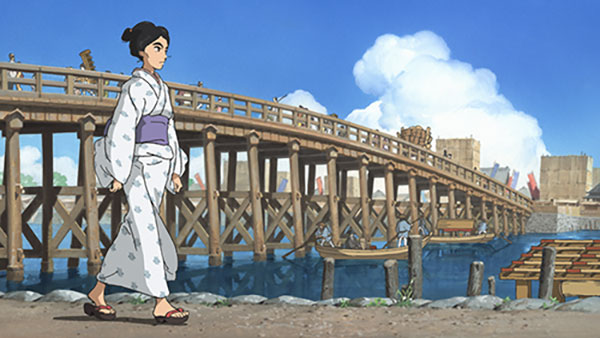 Why should people watch Pigtails?

Machiko Kyo’s work has a charming style with a graceful touch. We put a lot of emphasis on reproducing that effect. Given the softness of those images, the cruelty that takes place feels even stronger. We created the anime to preserve the nuances of the original, so I hope viewers will enjoy the visuals and the story alike. 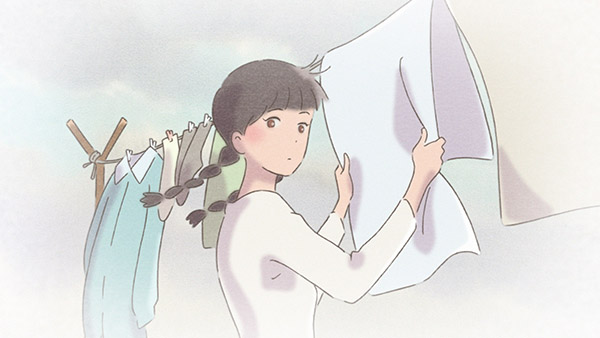 Yoshimi Itazu (director / character designer / supervising animator) Born in Gifu prefecture in 1980, Itazu joined Studio Gallop in 1998 at the young age of 18. Five years later he started a collaboration with studio Mad House. Here he was involved in the production of the TV series Paranoia Agent, which put him in touch with director Satoshi Kon. After his outstanding performance in the series Denno Coil, where Itazu was supervising animator, Kon invited him aboard the production of Dreaming Machine, as character designer and chief animator, but the project was sadly suspended when Kon passed away in 2010. Itazu’s credits as key animator include Hayao Miyazaki’s The Wind Rises. A natural talent and one of Japan’s most promising young animators, he made his debut as character designer and supervising animator in a feature film with Keiichi Hara’s Annecy-winning Miss Hokusai (2015). Pigtails marks his highly anticipated directorial debut, and has garnered 22 awards around the world. He is currently working on his first TV series, Welcome to the Ballroom, simulcast worldwide on Amazon from July 2017.