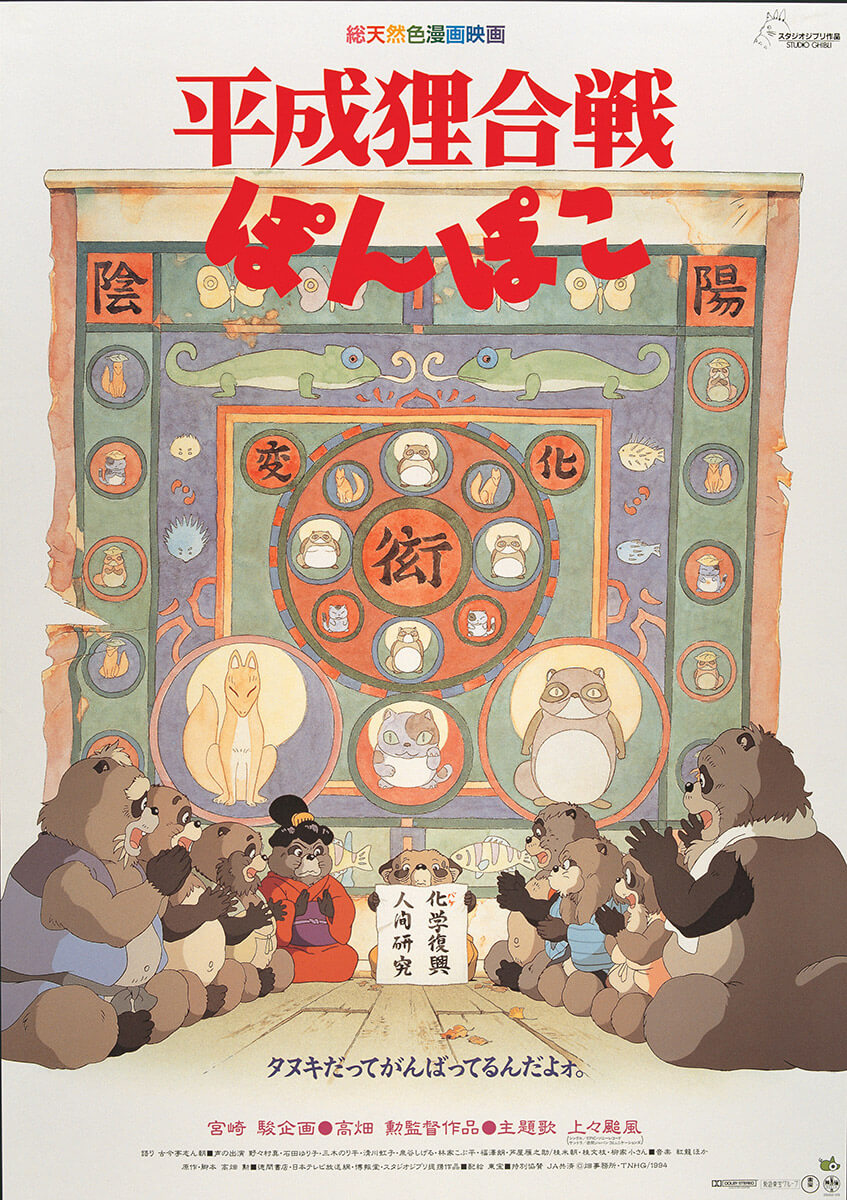 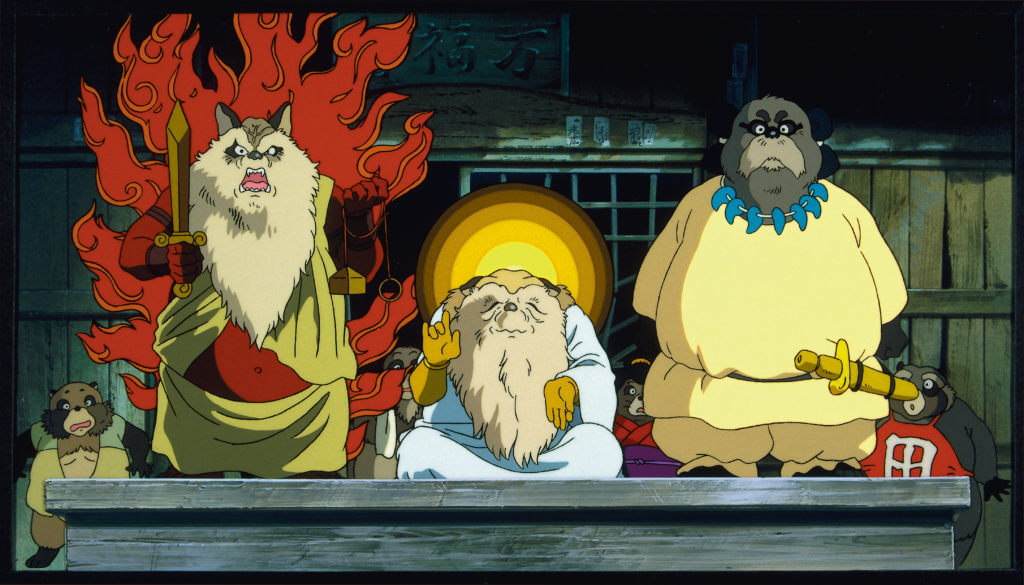 nominated filmmaker Isao Takahata, the forests are filled with groups of magical tanuki, mischievous raccoon-like animals from Japanese folklore that are capable of shape-shifting from their standard raccoon form to practically any object.

The tanuki spend their days playing idly in the hillsides and squabbling over food – until the construction of a huge new Tokyo suburb clears the nearby forest and threatens their way of life. In an effort to defend their home, the tanuki learn to transform into humans and start playing tricks to make the workers think the construction site is haunted, ending in a spectacular night-time spirit parade, with thousands of ghosts, dragons and other magical creatures descending on the city — in an abundance of fantastical characters that would not be matched on screen by Studio Ghibli until Spirited Away.