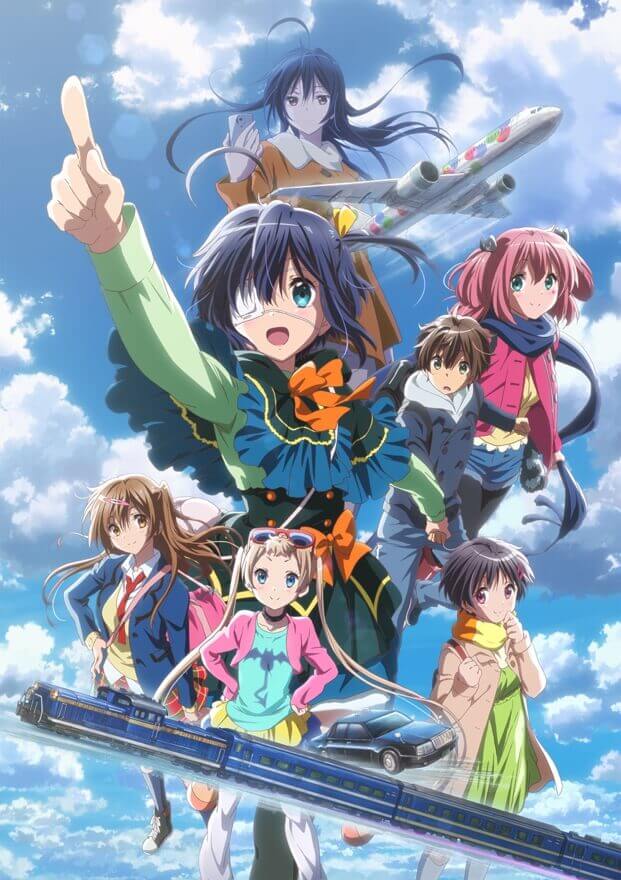 Love, Chunibyo and Other Delusions – Take On Me SUB / Year of production : 2018

Love, Chunibyo and Other Delusions – Take On Me SUB / Year of production : 2018

It’s Not An Escapist Fantasy Anymore… Because This Time They’re Really Trying To Escape!

Yuta and Rikka may have finally started to come to terms with the various delusions that have run their lives, but as their relationship becomes progressively more real, their development as a couple seems to be increasingly in danger of stalling out! When your relationship is partially the result of a series of fantasies, what can reality serve up that’s equal to the make-believe? Rikka’s sister decides that she’s going to move to Italy and take Rikka with her, and the solution that Rikka and Yuta decide on is both improbably logical and unrealistically practical: They’re going to elope! For real! Get ready for the ultimate fantasy road trip as our two young would-be lovers take off a whirlwind tour of the real Japan in Love, Chunibyo & Other Delusions! -Take On Me-

Prior to the opening film screening, LA-AFF will be presenting “BTVA Anime Dub Awards” with Behind the Voice Actors (BTVA) for five categories to celebrate the best English voice acting performances and voice-over titles from anime films of 2017.

The winners of each of these categories will be announced at the opening night gala.