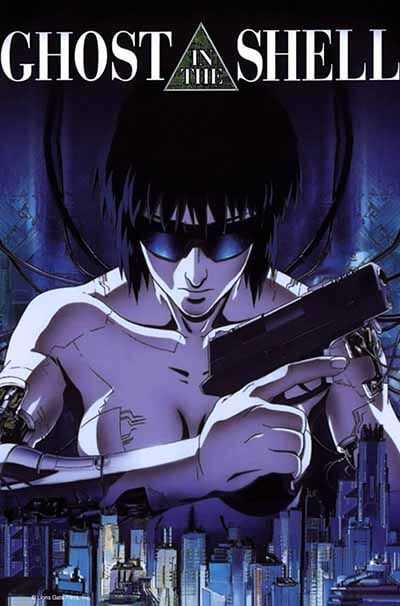 The most successful and legendary anime films of all time by acclaimed writer/director Mamoru Oshii!

2029 A.D. – The near future, where corporate networks cover the planet, electrons and light saturate the world, but informatization has not yet erased boundaries between nations and among ethnic groups.
It is a time when networks of information envelope the world in many layers, and computer crime and cyber terrorism takes place daily. Motoko Kusanagi of National Public Security Section 9 is sent to investigate an elusive hacker called the Puppet Master, for whom there are international arrest warrants. “Puppet Master” is a code name that comes from the particular technique used by the criminal-hacking human brains to control memory and behavior— but in fact, his identity is unknown.
After investigating a number of incidents, Kusanagi seems to be getting closer to the Puppet Master than ever, but the reality is that the Puppet Master was also trying to approach her. And when, finally, the mysterious criminal comes face to face with Major Kusanagi of Section 9, truth seems to surpass any imagination…