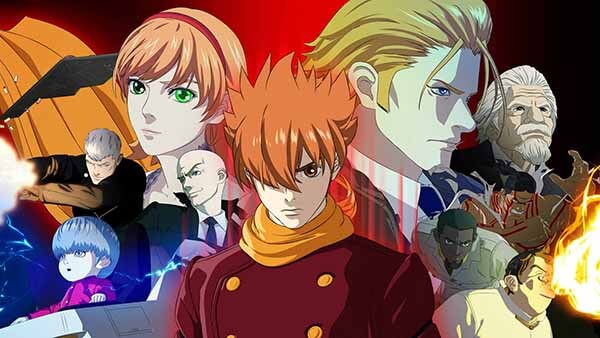 From the director of Ghost in the Shell TV series

Once there were nine cybernetic heroes who had long fought for justice. But as their struggle finally restored peace, they eventually disappeared from the pages of history and from people’s memory. 2013: skyscrapers across the world are hit by suicide bombers with no apparent connection. The nine heroes gather once again after three decades to fight against this faceless menace. They appear untouched by time, but society around them has changed dramatically, as it has the very idea of “justice” they used to believe in… What is their role in the world now? And what is lying behind the rash of skyscraper bombings that is terrorizing all nations across the Earth? The vital clue: the skeleton of an impossible-seeming creature. As cities are consumed in the apocalypse, could it really be an Act of God?